Posted on 25 September 2012 by A Gentleman's Rapier

If, like me, you’ve found yourself watching Newsnight a lot over the past few years, you will  have noticed the presence of one of the Beeb’s leading economics journalists, Stephanie Flanders. Quite often, her self-assured declarations and prognostications have had me yelling at the TV set.

Long and short of it, I’ve always considered her a bit of an Establishment Keynesian sort who pretty much does not know much more – ideologically – beyond the milieu she works in: the BBC and the Westminster consensus. That is, broadly Keynesian.

She has been doing a three-part series on how three different economic thinkers have influenced the modern world, however, that has made me have to reconsider what I think of her.

The first episode, shown last week, was on John Maynard Keynes, and actually, I did find her seeming to toe the party line a bit with Keynes, which I was able to look beyond and learn a bit more about Keynes. (I’m not a big fan of Keynes or state intervention in anything.)

But last night, her episode was on Friedrich Hayek. I kept expecting her to make unsavoury connections between Hayek and Friedmanite monetarism, as Keynesians often mistakenly do (at least those I’ve encountered in the mass media). She did just the opposite, in fact, pointing out the fundamental disagreements between Friedman’s belief in manipulating the money supply and Hayek’s belief that the state should stay out of it.

She even pointed out that out of all the 20th Century economists, it was perhaps Hayek’s ideals which had not yet been tried by the world’s governments: stop intervening in the economy. And she ended the show with a comment that perhaps, given the nature of politicians, it is not very likely that Hayek’s ideas will really ever get implemented.

Do I detect a Hayekian idealist who toes the establishment line out of an acceptance that Hayek will never be mainstream so why fight it? Maybe…

Don’t tell the wife, but I think I have a crush… 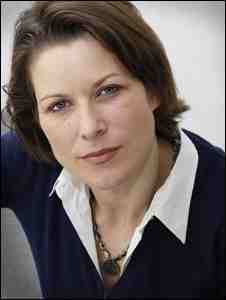 This entry was posted in Economics and tagged Economics, Hayek, Keynes, Stephanie Flanders. Bookmark the permalink.